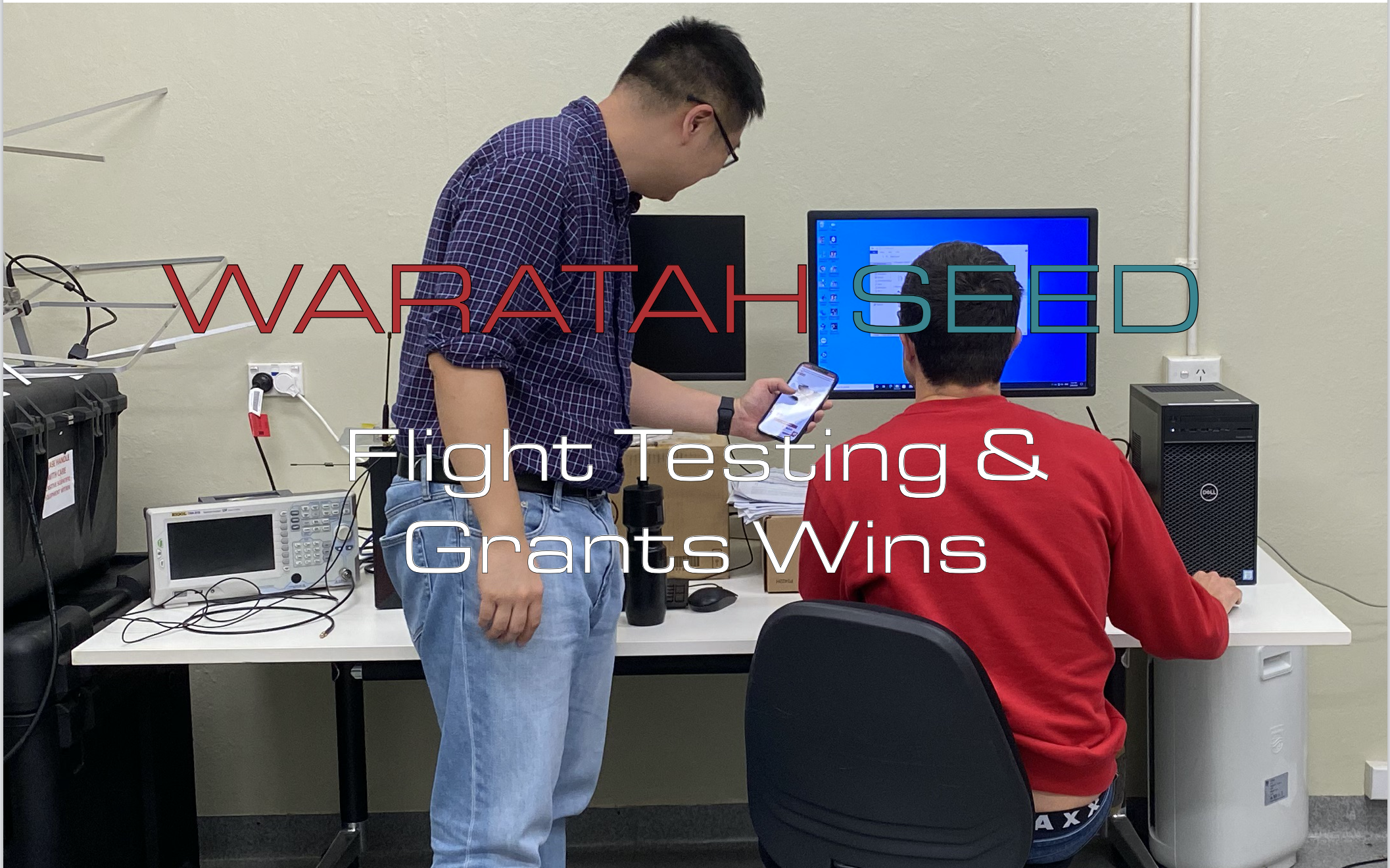 In the past few weeks, the 6U satellite casing arrived for the Waratah Seed WS-1 and CUAVA-2 satellites, and progress is being made in the lab on assembly and testing.

The first in a series of vibrational tests took place at the National Space Test Facility at ANU in Canberra last week. Vibration tests consist of shaking the satellite on a table so fast that it is a blur, with an effective G force of up to 14Grms.

The CROSS star tracker and several lens assemblies for a visible imager were shaken, as were some solar cells for the Waratah Seed Payload Competition winners, EurokaPower.

We’re pleased to report that all of the tests were successful, with everything working nominally after the shake.
‍

Team members Youngho Eun, Patrick Oppel, Julian Guinane, and Chris Betters performed the tests in Canberra and the before and after comparisons.

‍EurokaPower’s Anita Ho-Baillie and collaborators have just received a NSW Space Research Network Pilot Program grant for $150k to develop a Roadmap for Space Photovoltaics in Australia, with the University of Sydney as the lead university, partnered by UNSW and Industry Partner ANSTO (the Australian Nuclear Science and Technology Organisation).

ExtraTerrestrial Power received a NSW Space Research Network Seed Projects Grant of $74,512 for further development of their Solar Arrays for satellites and lunar surface use. ET Power are working with UNSW as the lead university on the project.


Both ExtraTerrestrial Power and EurokaPower were winners in the Waratah Seed Space Qualification Mission’s Payload Competition, and will fly their prototypes on the WS-1 mission to gain valuable space flight heritage. EurokaPower’s solar cells will also fly on board CUAVA-2.

‍
UTS received a Pilot Program grant for $141,171 to help develop more advanced thermal meta materials that will handle the heat generated from GPU’s of high-performance edge computers on board small satellites, with Spiral Blue, also a Payload Competition winner, as their Industry Partner, and University of Sydney and Western Sydney University as Institutional Partners.

Macquarie University received a Project grant of $140,646 to research and develop key technology for space-based laser heterodyne radiometers for identifying and classifying methane emissions, with the Interplanetary Exploration Institute as Industry Partners.

Ediz Cetin is a Waratah Seed Consortium member, and UTS and Macquarie University are partners in the Waratah Seed mission.

UNSW received a Project grant for lunar navigation, led by Andrew Dempster, to develop and integrate two positioning instruments for lunar and celestial navigation. Both of these, a high-sensitivity GNSS receiver and a CROSS star tracker, are the basis of potential instruments on both the Waratah Seed and CUAVA-2 missions. University of Sydney is a partner on the grant.

The NSW Space Research Network is a university-led initiative funded by the NSW Government to foster collaboration between government, industry and academic research in the space sector in NSW.