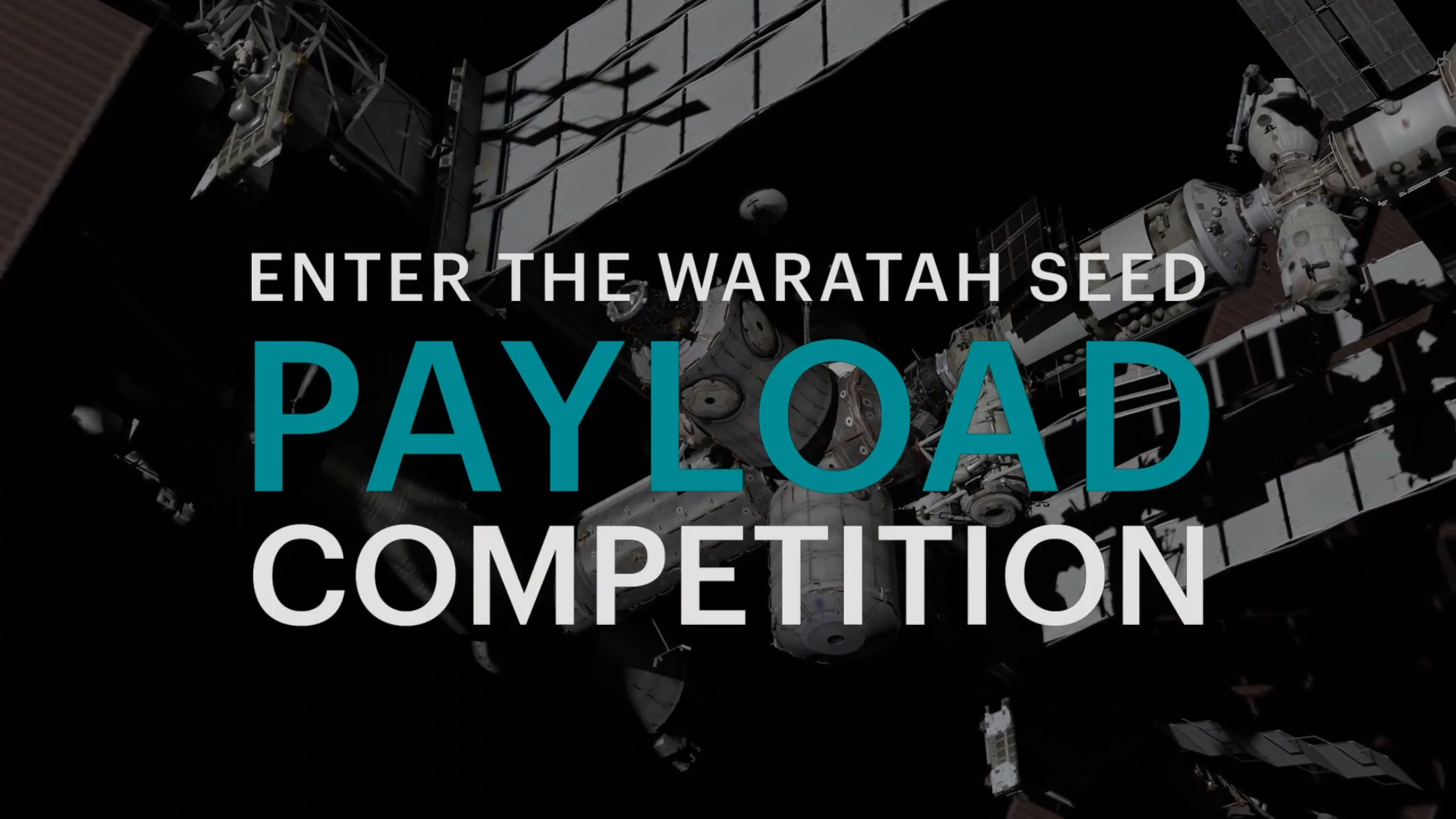 The Waratah Seed Payload Competition will provide valuable assistance and mentoring to NSW space businesses and start-ups, and potentially a ‘ride’ on the Waratah Seed Space Qualification Mission’s first CubeSat WS1, due to launch in late 2022.

The Waratah Seed WS1 Mission will launch a satellite carrying payloads developed by NSW space businesses and start-ups. The WS1 Payload Competition represents an exciting opportunity for space start-ups to gain valuable space heritage in orbit, enabling them to demonstrate the viability of their payloads to operate in space at considerably reduced cost.

Professor Cairns, Director of CUAVA said, “The Payload Competition is a bold new approach to develop the space industry and overall space sector in NSW, complementing a separate Commercial Client process. We are very excited to run the Payload Competition in partnership with the Wolfpack Space Hub, combining mentoring, pitches to a public audience that may include venture capitalists, and written applications. We encourage NSW-led groups with well developed ideas, prototypes, or advanced versions of payloads to apply to the Competition. We look forward to the WS1 CubeSat carrying these payloads successfully into orbit and helping these groups achieve commercial and technological success.”

Dr Jason Held, CEO of both Wolfpack Space Hub and Saber Astronautics said, “The Waratah Seed flight represents an opportunity for exceptional Australian researchers and startups to get a chance to fly. Flight experience is the most important part of our successful future. Saber Astronautics is really excited to support this mission.”

Waratah Seed is funded by NSW Government through their pilot Space Qualification Mission. Working with University and Industry Partners, its mission is to deliver a 6U CubeSat platform aimed at providing a spaceflight opportunity to NSW space industry start-ups and selected commercial clients, generating development opportunities, space flight heritage, sponsorship and publicity for the NSW space sector in particular, and the Australian space sector in general.

About the Wolfpack Space Hub

The Wolfpack Space Hub is an incubator building the next generation of spaceflight companies. It focuses on early stage manufacturers who are the foundation suppliers for Australia’s space economy. The program combines space engineering expertise with business relationships and a customer focus. Wolfpack links to national space infrastructures giving Australian startups a direct path to flight. The Wolfpack Space Hub is a joint venture between Saber Astronautics and the TCG Corporation.